Quest to LEGOLAND is a location-based adventure that uses GPS to augment the game with real-world landmarks and trivia from nearby places. Powered by Google Maps, the game comprises 4 stories made up of 10 minigames to keep kids entertained on their way to LEGOLAND. The adventure is designed to last the whole trip and progresses from your starting location to LEGOLAND based on the users estimated travel time. The game is complemented by 1,000+ pieces of contextual content that quizzes kids about the areas through which they drive.

After a first round of design I joined the LEGOLAND project team as an art director and asset creator. I was asked to share my knowledge and experience with working with .svg assets with other artists in the team and think of modular ways to create and implement art, since we had to create 4 different worlds for 1 game. Together with a programmer and a level designer we decided to work with a grid based system for the map, which was a major element of the game and set up the minigames in such a way that it was easy to re-use assets. 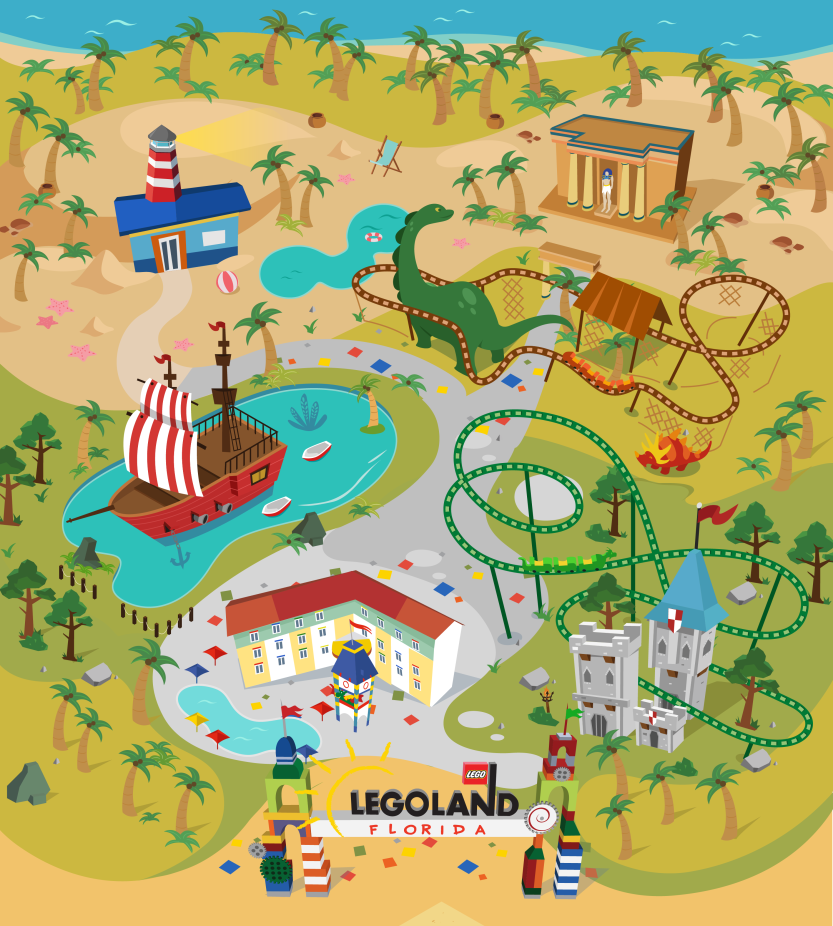