Here at Vuurig we believe that you’re not a real Dutchman if you don’t know Fresku (same counts for De Staat and Skip & Die, I guess it’s just because we’re huge fans and we still love every Dutchman that isn’t familiar with any of these people). Fresku is a dutch rapper who has a brilliant alter ego called Dr. Gino, his raps are great, especially because he is critical to himself, has great humor and criticizes the whole Dutch rapscene, which is mostly about standard rap topics – money, women and power.

A few months ago a good friend of mine and also a great animator, Jessy Jane Suharyanto (check her 2013 Showreel below) was approached by Fresku to create a pilot for The Fresku Show. An animated serie about Fresku. She got a script for the first episode and together with me we came up with brilliant concepts and sketches to visualize and animate it. Jessy made several sharp example screens for all the scenes and the project is still in progress. 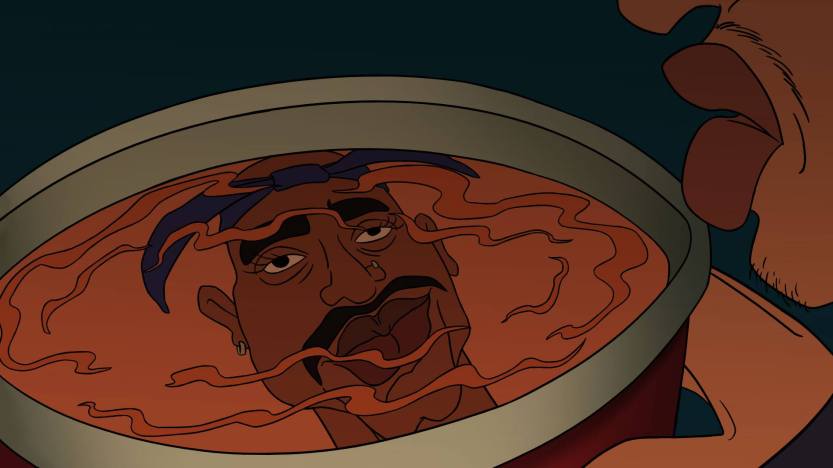