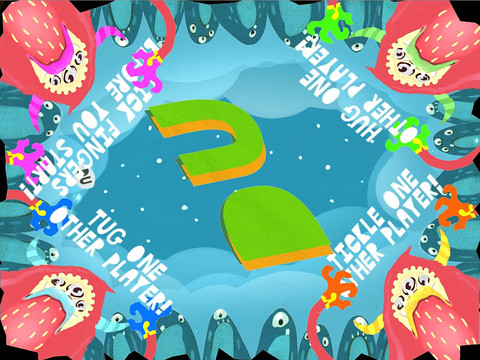 During the Global Game Jam 2013 we (Richard van Tol, Sander Huiberts, Saskia Freeke, Stefan Wijnker and Vuurig’s Sonja van Vuure) have created a 4 player ‘tug-of-war’ game, where you need to tug a ‘Gore’ to your own monster to win.
This game is created for the iPad, you may only use one hand to play with. What you do with your other hand is up to you!

This way, Tug of Gore can become quite a physical game!

I’ve created the art and together we came up with the game design. 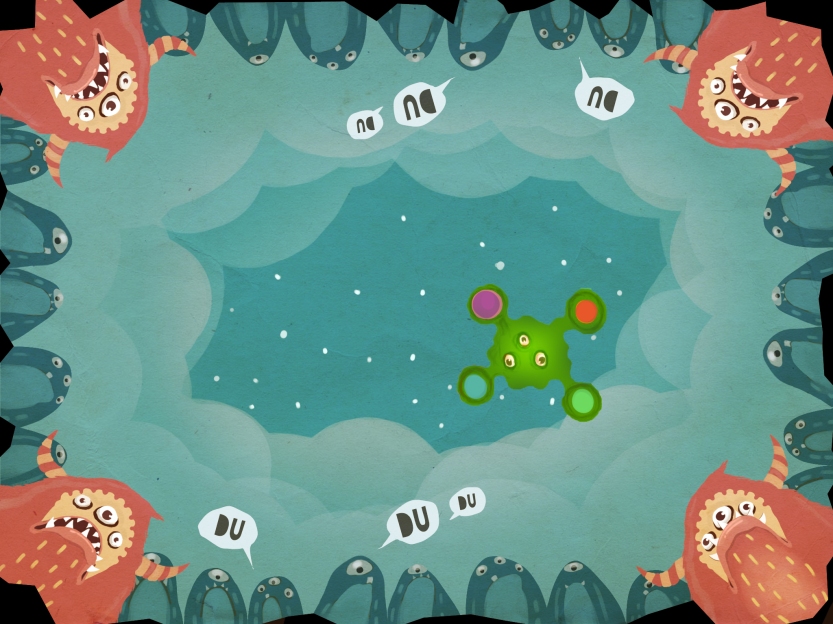